Serres-La Bâtie airfield was created in the mid-1980s.
Today, this plateform is composed of a partnership between:

The gliding center was opened in 1993 by Klaus and Sidonie Ohlmann. It hosts every year, from March to September, about 350 pilots and their families, who spend an average of one to three weeks on site. The customers are mainly European, but also American, Japanese or Australian. They come, for the most part, with their own gliders.

Serres-La Bâtie airfield is of limited use and isn’t open to the PAT (Public Air Trafic).

GPS coordinates of the airfield : 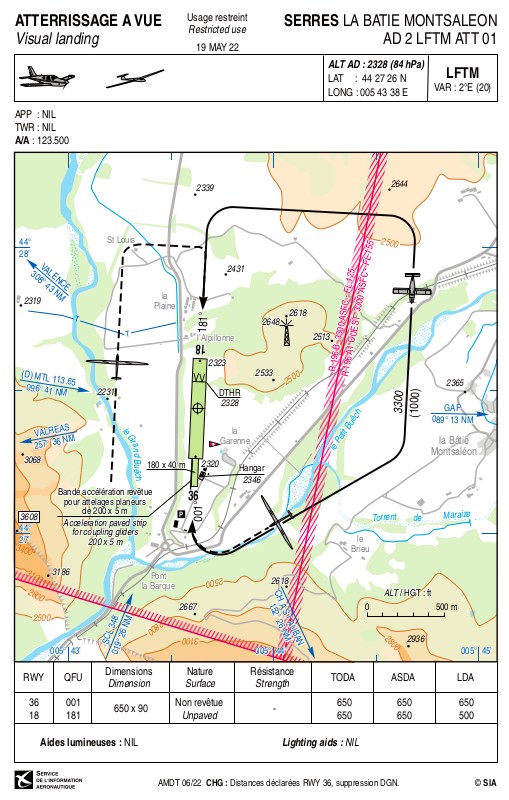 DO YOU WISH TO MAKE A RESERVATION ? IT’S HERE !

This website uses cookies to improve your experience while you navigate through the website. Out of these, the cookies that are categorized as necessary are stored on your browser as they are essential for the working of basic functionalities of the website. We also use third-party cookies that help us analyze and understand how you use this website. These cookies will be stored in your browser only with your consent. You also have the option to opt-out of these cookies. But opting out of some of these cookies may affect your browsing experience.

SAVE & ACCEPT
Powered by